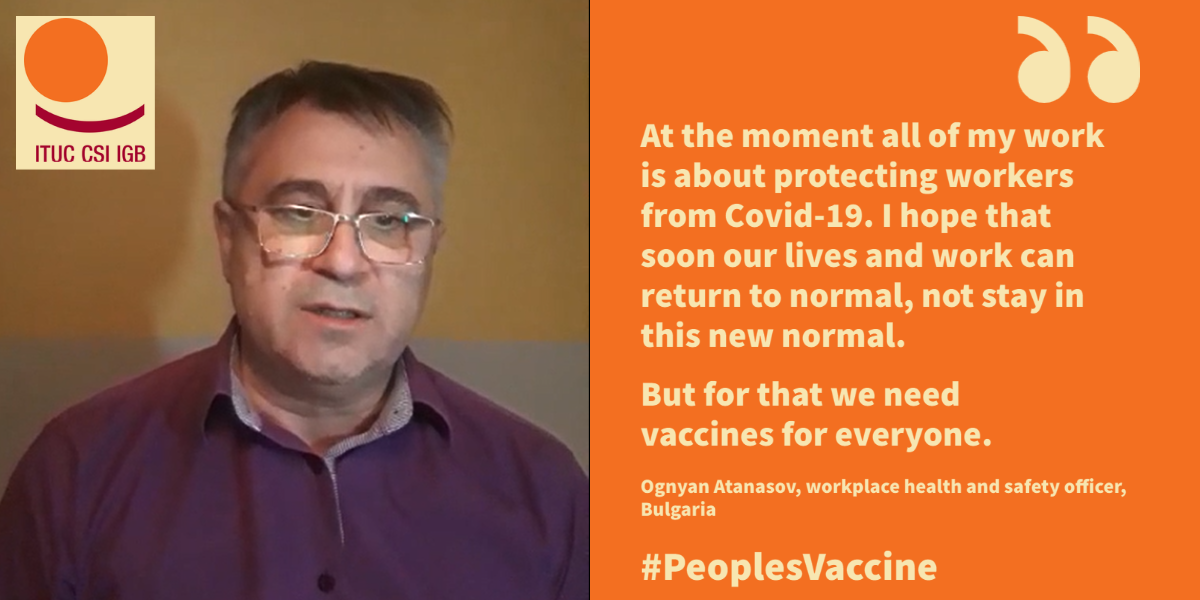 Calling all climate and job activists, we want you to get involved in CEPOW 2021 – Climate and Employment Proof our Work.

Sign up here to join this year’s global day of day of action. On September 22, workers around the world will invite their employers to discuss plans for resilience and sustainable business —plans that must include safety, jobs, emissions and a secure pathway for the future.

This year the ITUC’s Global Organising Academy is offering CEPOW activist training. Sign up here if you want to know how to negotiate with your employer, if you have never asked your employer for something before or you want your employer to do more to stop the effects of climate change and protect your jobs.

The violence continues in eSwatini against people demanding democratic reform. So far 71 people are reported to have been killed by government forces since protests began on 25 June.

Join us for a global day of action in support of the pro-democracy movement in eSwatini. Go to our page here and use the letter to lobby the eSwatini government to stop the violence, release detained protestors, support a UN-led investigation to ensure justice for all victims and start the process of negotiating a path to democracy.

You will also find a letter to your home government calling on them to condemn the violence in eSwatini and engage the government there on our key demands. The appalling state of human and trade union rights in eSwatini is set out in the ITUC Global Rights Index and in a report drafted to support a Commonwealth Trade Union Group campaign to suspend eSwatini from the Commonwealth.

We are stepping up our campaign for recognition of the National Unity Government (NUG) of Myanmar. At the UN General Assembly (UNGA), 14-30 September, a decision will be made over the representation of Myanmar.

Please use the letters here to lobby your government, by 14 September, to support the call at the UNGA to officially recognise the NUG and its work and impose an arms embargo on Myanmar. Recognition of the NUG by individual governments and at the UNGA is crucial in order to mount pressure on the military junta to stop the violent repression, return power to the democratic government, show firm support for the will of Myanmar’s people, allow in humanitarian aid and resolve the Rohingya issue.

To coincide with the UNGA, we will be calling on companies and governments with any presence, relationships or interests in Myanmar to end any direct or indirect business, commercial, financial ties to the Myanmar military and military-owned businesses.

To support the people of Myanmar fighting for democracy, please remember the Myanmar Strike Fund and consider donating. The International Trade Union Confederation (ITUC) is supporting the call for an independent public inquiry into the devastating fire at the Hashem Foods factory in Rupganj, Bangladesh. 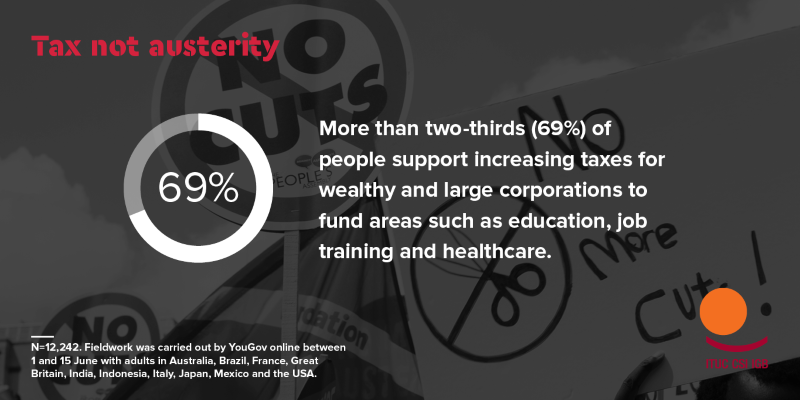 More than two thirds of people support an increase in taxes for wealthy and large corporations to fund areas such as education, job training and healthcare, according to a new ten-country poll commissioned by the ITUC.